You can add HTML directly into this element to render on the page.

Just edit this element to add your own HTML.

For twenty five years she studied the model and managed their health clinic in Canada.  She found the model was expressed by all traditions -of course since it is the model behind Nature, thus the brain- and that following it brings health on all levels and going against it, well , brings all the problems we are now facing. Following her interest in Jungian psychology, religious traditions, art, systems science and brain research she elaborated the LIFE (Law Inherent to the Five Elements) which is the application of the model in psychology. This brought her to write Isis Code, the reference book for the LIFE approach and now Love Them Back to LIFE, its self-help application. She now offers personal consultations on LIFE applications. 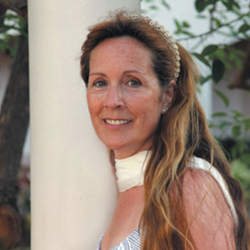 Ariane was born in Montreal, Quebec, Canada.  She studied in Communications and then worked as an assistant director for Radio Canada (CBC TV) in Montreal. The shows she worked for dealt extensively with man-woman relationships as well as environmental issues. With two of her siblings suffering from disabilities, health matters were also always on her agenda of things to understand and research. She moved to Paris, France and became a hygienist-naturopath as well as  studied in Education Science at Nanterre university. Still in Paris, she co-founded the ANEP, a national organization dedicated to the promotion of prenatal education and co-wrote a book on the subject (Le Pouvoir Formateur de la Femme). She lectured and was interviewed on her ideas of "the feminine"and "the masculine" concepts as well as on prenatal education. It is then that she met a medical doctor  who had developed a new model for medicine: "medical biocybernetics" (MBC) .  He cured her of her chronic anorexia.